Your Crown Chakra: What It Is and How to Heal It 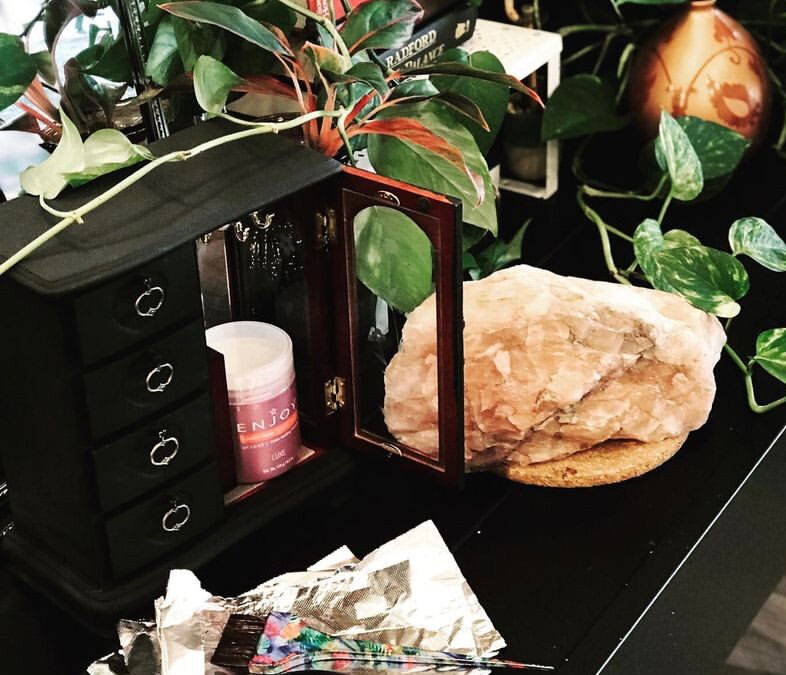 Have you been feeling lost lately? Maybe you’re not sure if you’re making the right choices or you’re just not feeling like yourself. There could be a blockage in your crown chakra. That may sound impossible to fix, beyond your control. But what if we told you that it could be as easy as a trip to the salon or an at-home hair mask?

Chakras and energy healing are not exactly common knowledge. For those who don’t know, chakra is defined by Oxford Languages as, “(in Indian thought) each of the centers of spiritual power in the human body, usually considered to be seven in number”. While some claim there are far more than seven chakras, generally there are thought to be seven main chakras that run along your spine. Each chakra corresponds with an emotion, color, location, and health correlation. The seven main chakras are the root chakra, sacral chakra, solar plexus chakra, heart chakra, throat chakra, third eye chakra, and the crown chakra.

Healing a chakra may sound like an impossible feat? How do you heal a center of spiritual power? According to Andi Scarbrough, it doesn’t have to be so hard. Scarbrough is known for her development of the CrownWorks treatment. For her, going to the salon is about more than fixing your hair. She points out that many seek a new hair cut or style upon a big life change, such as a breakup, graduation, new job, etc. Why is that? Scarbrough believes that this practice of cutting one’s hair after a big life moment (whether conscious or not) is quite similar to “‘a shamatic cutting-of-cords ceremony’” which involves  “‘a release of old energies, patterns, beliefs, and connections’” (Byrdie).

By going to the salon and practicing this simple act of self-care, one can easily lift the blockage in their crown chakra, releasing old energies. Not only is the physical act of the appointment (the washing, trimming, massaging) important, but many find emotional solace in a hair appointment. It is not uncommon for stylists to be a sort of therapist for their clients. With the release of energy comes the release of emotions. Just scheduling a trip to the salon can help you relieve physical and emotional blockages, healing your crown chakra.

If you can’t make it to the salon but are still looking for a way to heal your chakra at home, Scarbrough suggests trying a hair mask and meditation. Simple acts of self care can open up a world of healing.